The 2019 Elders Olympics are being hailed as the best ever. The event was held at Port Macquarie’s Stuarts Park in April.

Organised by the Werin Aboriginal Elders team, representing their auspicing body Werin Aboriginal Corporation Medical Centre, 519 competitors and support workers participated on the day. There were also plenty of spectators on hand to soak up the atmosphere. The 36 teams were from across NSW including Werris Creek, Moree, Blue Mountains, St Marys, and north to Ballina.

One of the main organisers, Cindy O’Brien-Younie said the Elders Olympics was not just a competition. “The Elders Olympics is more about a mob coming together with the idea of promoting and talking about better health outcomes,” she said. “This is about improving the health standards of the Aboriginal community, particularly the Elders, which is very important to us. This event aims to promote health and well being, getting outside and having some fun. There are no running events as such, but there are plenty of skill games,” she said.

Since winning the 2018 event, and therefore laying claim to hosting the following year’s event, Cindy and fellow organiser – and sister – Gloria O’Brien-Rudyk have been working tirelessly behind the scenes. Cindy says two major sponsors came on board in the past week or two which the organising committee was “very grateful for”.

“There is an organising committee behind this event and we have done really well in getting this event happening,” she said. She said the final week leading into the event had tested their nerves.

“It was very tough and sometimes difficult but we learnt some new lessons about delegation,” she admitted, “but when you see the beautiful bright colours of everyone’s shirts and hearing the mob say how wonderful this event is and the best they’ve attended, it is all worth it. The other major reason behind the success of this year’s event is the support of many schools, CSU, area health, TAFE, colleges and the Port Macquarie Chamber of Commerce.”

The Aboriginal Elders Olympics follows the strategic Close the Gap initiative designed to bridge the gap between health in Aboriginal and non-Aboriginal communities. 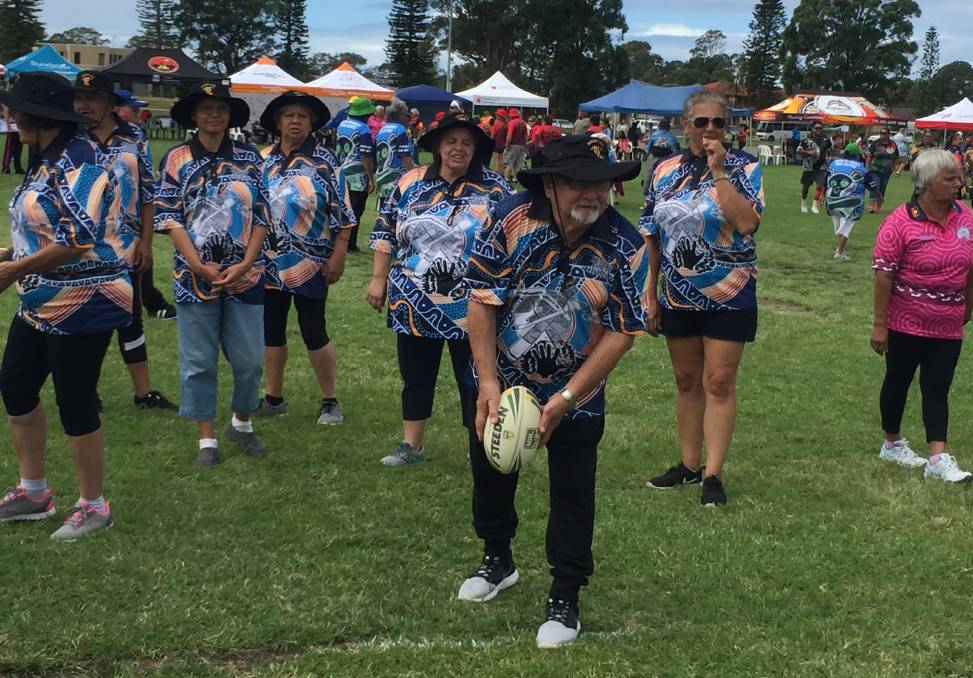